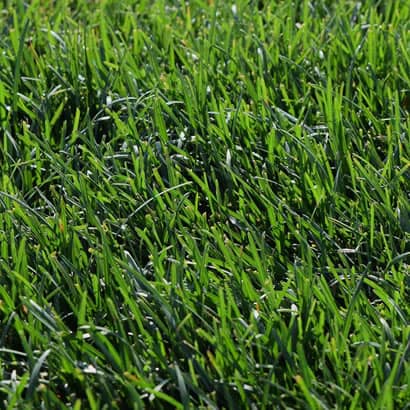 There are several kinds of turfgrass that you can select for your home or commercial property. We previously looked at the history and some varieties of zoysia grass. Another variety that we proudly grow at King Ranch Florida is St. Augustine grass.

St. Augustine grass is widely adapted to the warm, humid (subtropical) regions of the world. It is believed to be native to the coastal regions of both the Gulf of Mexico and the Mediterranean. It is considered the most commonly used lawn grass in Florida. There are as many as 11 varieties (cultivars) of St. Augustine grass. Here at King Ranch Florida, we grow 4 of them.

In general, St. Augustine grasses establish and grow quickly. They are a dense turfgrass that adapts well to the Florida climate and soil.

The Floratam variety of St. Augustine was released in 1973. It was a combined project by the University of Florida and Texas A&M University and was specifically engineered to fight a grass virus called St. Augustine Decline (SAD).  This variety can be identified by its coarse-textured blades and fast-spreading growth patterns. Floratam tends to be more drought resistant than other varieties, but it does not tolerate shade very well. It needs at least 6 hours of sun a day to thrive. It does require regular mowing.

Citra Blue St. Augustine is the newest cultivar we grow. It was developed by the University of Florida and released in 2018. This cultivar possesses a unique blue-green color that is easily distinguishable from other varieties. It has a dense grow pattern that makes it more weed resistant than other varieties and has a drought resistance even higher than Floratam. Still relatively new to the market, research is ongoing to identify some of the best practices. This cultivar does seem to be more resistant to disease than others. It has become very popular for residential and commercial properties, as well as municipal projects.

Provista St Augustine is an excellent turfgrass for commercial applications and residential lawns. This variety is recognized for its ability to thrive is full sun and exhibit improved performance in moderate shade. It was developed from Floratam and is the first glyphosate-tolerant turf on the market. This cultivar grows slower than Floratam, lowering mowing requirements, only about 20 times a year. It is popular for HOA’s and common areas in communities, as well as for residential use.

The final cultivar is Palmetto St Augustine. This variety was discovered in 1988 and has an elegant emerald shade that withstands a wide variety of conditions and soil types. It is one of the few Florida grasses with a rounded end that tapers, making it feel softer than other types. Palmetto does well in full sun or partial shade, but not in dense shade.

If you’d like to learn more about St. Augustine grasses, the University of Florida has some great resources.

King Ranch Florida Turfgrass is a full-cycle operation. We not only grow and harvest our different varieties of grass, but we will deliver and install your new grass as well. King Ranch Florida Turfgrass is proud of the environmentally-conscious “best management practices” farming policies it has implemented throughout its Florida operations.  Contact us if you have questions about which variety of turfgrass will meet your needs.

Nothing Beats Real Turfgrass for Football